Wildlife strikes are a significant issue in the aviation industry; especially strikes with medium- to large-sized mammals, which pose a high risk of damage to aircraft and human safety. Despite the identified threat that mammals can pose to aircraft, few works have been published on ways to rank and predict the risk of mammalian species to aircraft. At the Prince George International Airport (YXS), mammals account for more recorded runway incidents than bird species, suggesting they pose a greater threat to aircraft and people. We used 6 years of data on runway incidents for YXS’s highest risked mammal species (coyotes) in attempts to predict ecological factors contributing to coyotes on runways. 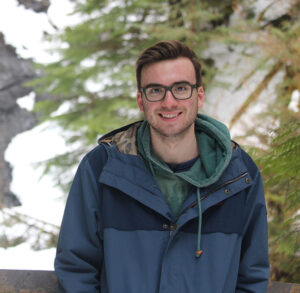 Our analysis suggests that coyote runway incidents may be related to their circannual behavioural patterns, although our findings were limited by available data. Additionally, we provide a series of recommendations on how to better track and collect data on mammal species to build more practical risk assessment models.

Brendan Carswell received a BSc. Hons. in Natural Resources Management: Wildlife and Fisheries from the University of Northern British Columbia in 2020. Brendan spent much of his undergraduate degree working with Dr. Roy Rea, among other researchers, studying ungulate ecology in northern and central British Columbia, Canada. Brendan has worked with Dr. Rea as a research assistant at the Prince George International Airport since 2017. Brendan will soon be starting a MSc. of Biology at Memorial University where he will study the effects of interspecific ungulate densities on prey response to predation risk. 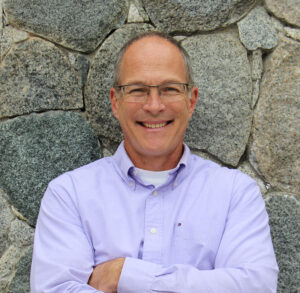 Roy has worked as a Senior Laboratory Instructor in the Ecosystem Science and Management Program at the University of Northern BC since 2000 where he teaches Introductory Biology, Field Applications in Resource Management, Marine Ecology, and labs in Plant Systematics.

Roy has worked with the Prince George Airport Authority on several projects aimed at reducing potential conflicts between aircraft and wildlife since 2007 and also works jointly the provincial Ministry of Transportation on projects aimed at mitigating wildlife-vehicle collisions on highways in northern British Columbia. Some of Roy’s current research focuses on gaining a better understanding of the seasonal habitat requirements of moose in northern BC. You can learn more about Roy and his teaching and research at: http://web.unbc.ca/~reav You can follow me on Instagram at Wildlife of Northern BC @roy_v_rea

Fostering coexistence over conflict with urban coyotes through evidence-based methods 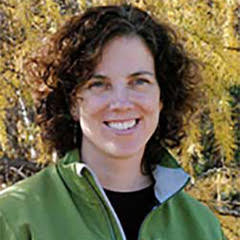 Urban coyotes are increasing in number and boldness in cities across North America, including Edmonton. This seminar will describe the Edmonton Urban Coyote Project and associated research that identifies correlates of conflict between people and urban coyotes and tips for avoiding it.
Colleen Cassady St. Clair is a professor in the Department of Biological Sciences, University of Alberta where she and her graduate students emphasize knowledge and use of animal behaviour to address problems in wildlife conservation and management.

Back to Seminar Series main page